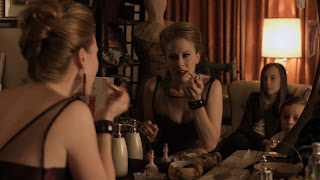 I'm calling bullshit on this one.  Director/writer Shelagh Carter's compassionate feature is easily one of the top three shown at this year's Anchorage International Film Festival - yet it isn't cued for competition.

I understand that everyone appreciates something different in film, but audiences should be able to rely that the films that are in competition are those that would be considered amongst the finest by the general population - and that simply isn't the case this year.

Bluntly, Shelagh Carter was robbed, and audiences will be also if they shy away thinking that this film isn't all that it is.  Insightful, thought provoking, heart wrenching - the subtext of this film is "Mommy has issues" and the performances by Kristen Harris and Kassidy Love Brown are outstanding.

Official Billing:  On the brink of puberty in 1962 suburban Winnipeg, Sarah Matthews is increasingly challenged and confused by her mother's instability and sexual power. While her father refuses to acknowledge that the family is fracturing under the stress of his wife's mental illness, Sarah uses her creativity, inner strength, and a new friend to discover her own identity. With courage, Sarah bears witness and demands truth from the adults around her, demonstrating love's capacity to endure. 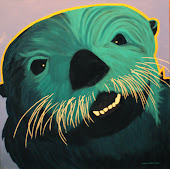 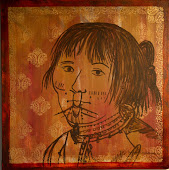